Recently released data from the U.S. Census Bureau illuminates which large metros have the fastest growing populations. Growth is measured by the percentage change in population between July 2014 and July 2015. Headlight Data ranks population growth for the 53 largest metros (1,000,000+ people) in the U.S. 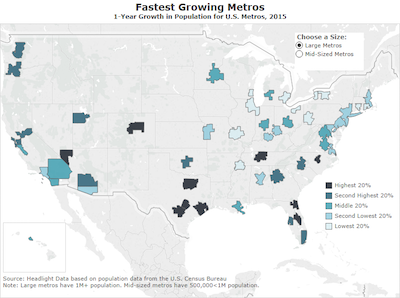 Recently released data from the Internal Revenue Service illuminates which US states have the highest ... Read more