Recently released data from the U.S. Census Bureau’s American Community Survey illuminates which metros have a higher percentage of women than men, holding at least a bachelor’s degree. 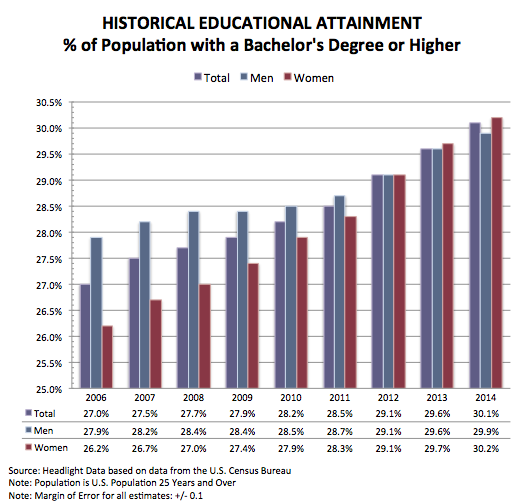 Among large metros, women are better educated than men the most in Richmond-VA (+2.6 pts.), followed by New Orleans-LA (+2.1 pts.), Minneapolis-MN (+1.5 pts.) and Grand Rapids-MI (+1.1 pts.). Other large metros with a high ratio of educated women to men are Virginia Beach-VA, Memphis-TN and Denver-CO. 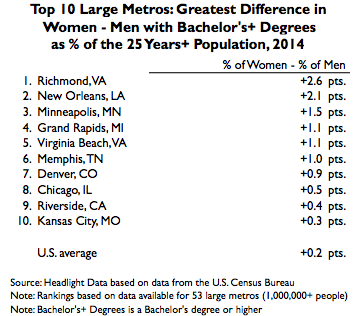 Of the 53 large metros, just one-third (17) have a larger percentage of educated women than men, an indication that educated men and women aren’t distributed evenly across the US. 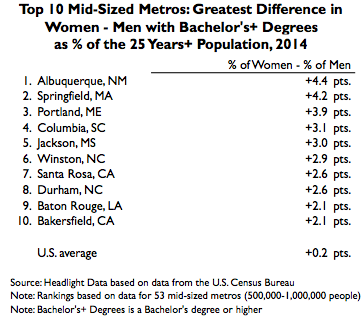 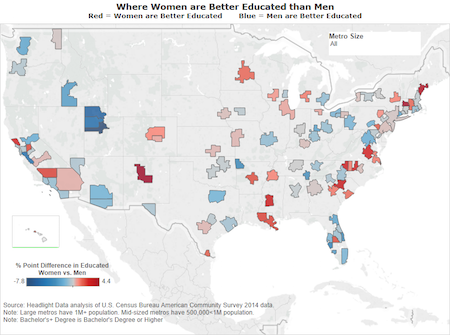 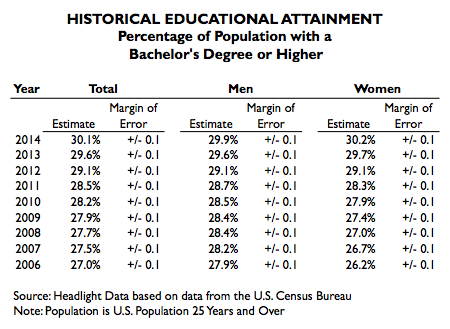