Wage growth inequality can be defined as the difference between the growth in wages for two different levels of wage earners. 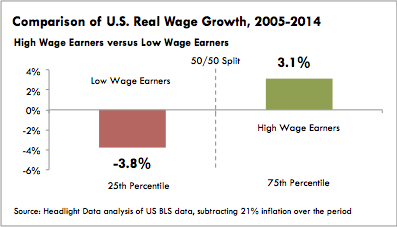 Overall for the US, High Wage earners enjoyed a 3.1% increase in their real median wage, after accounting for inflation. Low Wage earners witnessed a 3.8% fall in their wage. Across the 52 largest U.S. metros (with 1+ million population), the highest wage growth inequality over the 2005-2014 period was in San Jose (a 14 percentage point difference in growth rates), followed by Charlotte (13 percentage pts.) and Raleigh (12 percentage pts.). 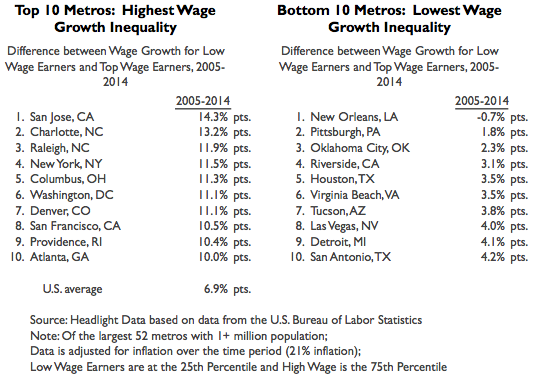 As described in a previous article for large metros, wage performance can be examined at ... Read more