Recently released data from the U.S. Census Bureau’s American Community Survey illuminates which metros have the highest percentage of adults holding at least a bachelor’s degree. In a previous article, Headlight reported which large metros were host to the most educated men and women. In this article, we look at metros with the most educated adults within the Hispanic or Latino American population.

Bachelor’s degree holders constitute 14% of the U.S. Hispanic population 25 years and older (includes Hispanics of all races). Among large metros, the highest percentage of bachelor’s degree holders for Hispanic Americans is found in St. Louis (28.8%). Pittsburgh (27.4%), Baltimore (26.9%) and Jacksonville (25.4%) follow. Other large metros with a high share of bachelor’s holders for Hispanic Americans are Louisville, Miami and Columbus.

The lowest percentages of bachelor’s degree holders for Hispanic Americans in large metros are found in Riverside (8.6%), Las Vegas (8.9%) and Memphis (9.3%). 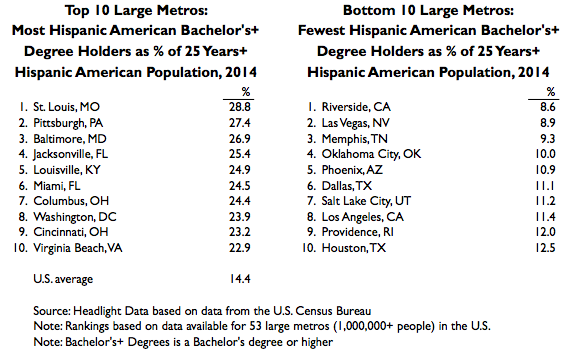 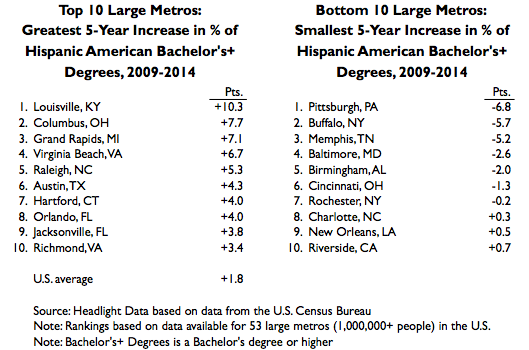 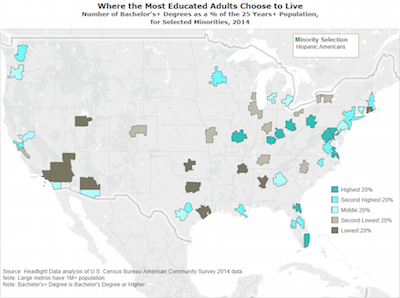 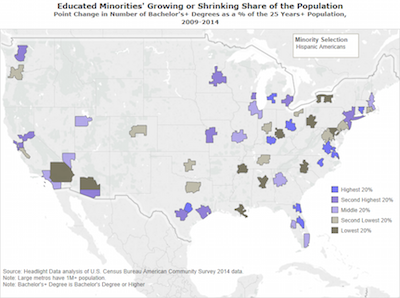