Recently released data from the U.S. Census Bureau’s American Community Survey illuminates which metros have the highest percentage of adults holding at least a bachelor’s degree. In a previous article, Headlight reported which large metros were host to the greatest percentage of educated men and women. In this article, we look at metros with the greatest share of educated adults among the Black American population.

The lowest percentages of bachelor’s degree holders for Black Americans in large metros are found in Milwaukee (12.7%), Rochester (12.9%) and Grand Rapids (13.2%). 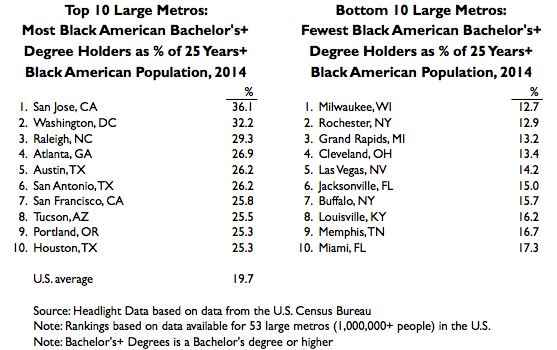 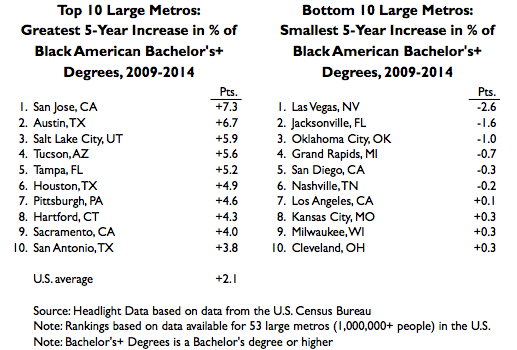 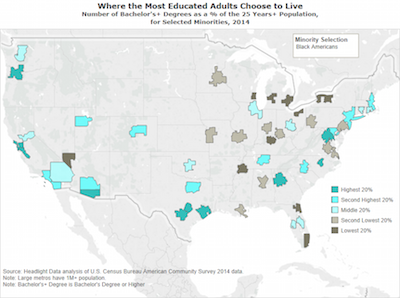 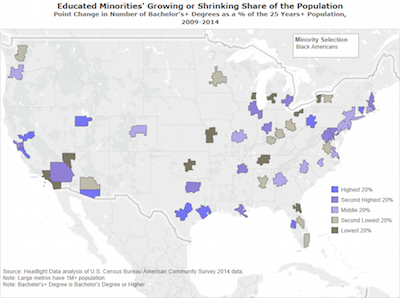