Across large metros in the US, wage growth varied from a high of 6.8% growth in San Jose to a low of 1.3% in Las Vegas. 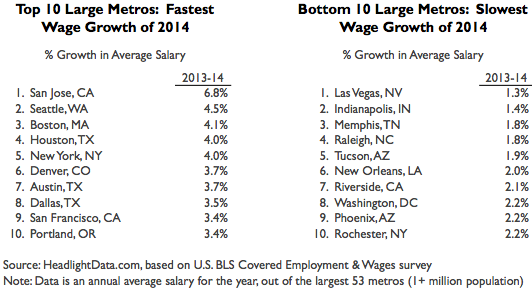 Recently released data show that job growth across large counties in the US varied from ... Read more