Recently released data show that manufacturing job creation in 2014 across counties in the US varied from a high of 4,200 manufacturing jobs in Wayne County, MI (Detroit) to a loss of 4,800 jobs in Los Angeles County, CA. 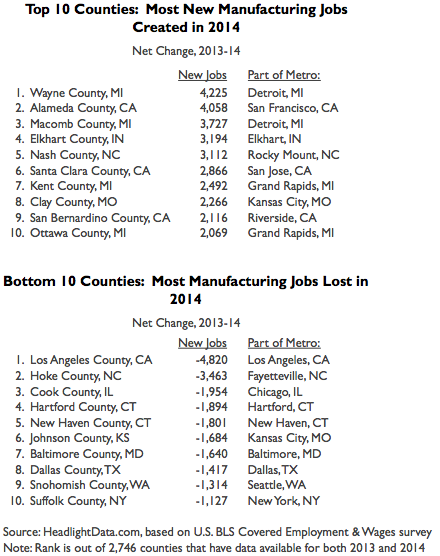 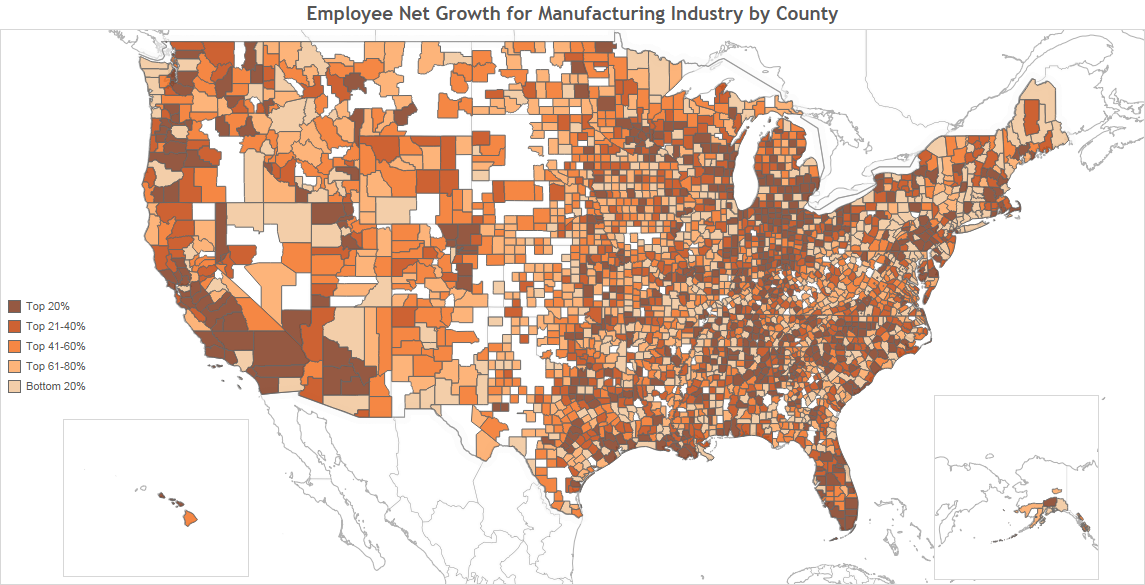