Texas had the most household net relocations. The state gained 106,000 households in 2014, almost twice as many households gained by Florida in second place. 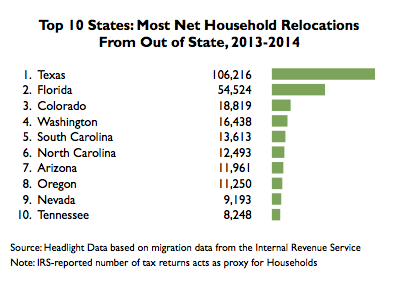 The IRS data also shows the impact on state incomes due to state-to-state migration. Florida received the most income from out of state ($10.7 billion). Texas ($4.9 billion), South Carolina ($1.7 billion) and Nevada ($1.4 billion) followed. 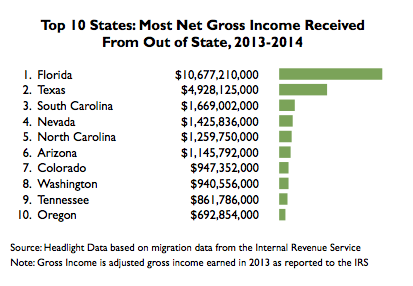 Interact with the following map to see net migration into US states:

Interact with the following map to see state-to-state flows: 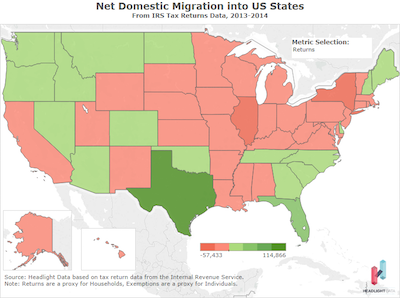 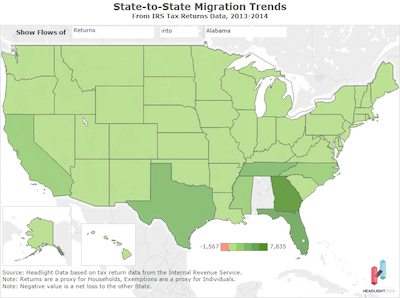 Counties Attracting Most New Taxpayer Income in 2014 are in Austin, Miami and Phoenix; Counties in Chicago, New York, Los Angeles Lose Most

Recently released data from the Internal Revenue Service illuminates which US counties are attracting the ... Read more