“Households” is a proxy for the IRS-reported number of tax returns. Foreign taxpayers include military households, foreign nationals from US Territories, and US Citizens abroad. Analysis of US-wide data shows that military households relocating from APO/FPO addresses account for 45% of migration, Puerto Rico and the Virgin Islands account for 6%, and other foreign locations account for the remaining 49%. Percentages will vary by state. 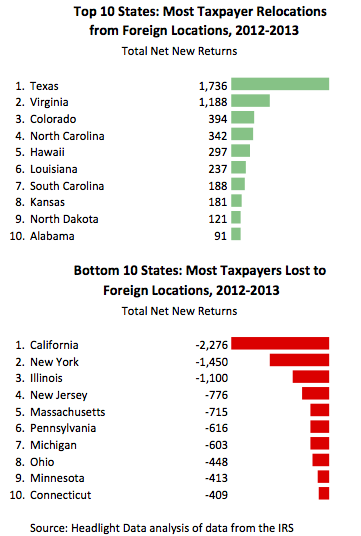 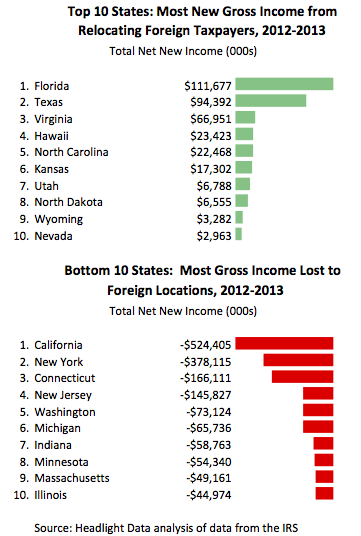 This map shows total net migration into individual US states from Foreign Taxpayers from 2012-2013 based on IRS tax return data. Migration can be measured in terms of total returns, total exemptions, and total gross income. Net Migration is measured as the difference between in-migration into the state and out-migration from the state.

Select a metric to see net migration flows for that state. Float your cursor over a state to see the actual value. If you don’t see a map below, Click here to see it in Tableau Public.

This map shows migration trends between states from 2012-2013 based on IRS tax return data. ... Read more