Recently released data from the Internal Revenue Service shows that county-to-county net migration (total in-migrants minus out-migrants) is the highest in Travis County, TX (Austin), which gained 24,000 households in 2013 from outside the Austin metro. Travis County gained a remarkable 10,000 more returns than the county in second place.

“Households” is a proxy for the IRS-reported number of tax returns. Intra-metro relocations were excluded from this analysis. 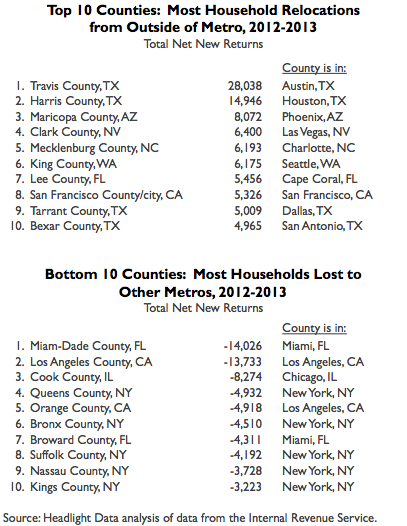 Recently released data show that jobs created in 2014 by holding companies across counties in ... Read more