Recently released data from the Internal Revenue Service shows that county-to-county net migration (total in-migrants minus out-migrants) of Total Gross Income is the highest in Travis County, TX (Austin), which gained a net of $2.4 billion in 2013 new tax payers relocating from outside the Austin metro. Intra-metro relocations were excluded from this analysis. 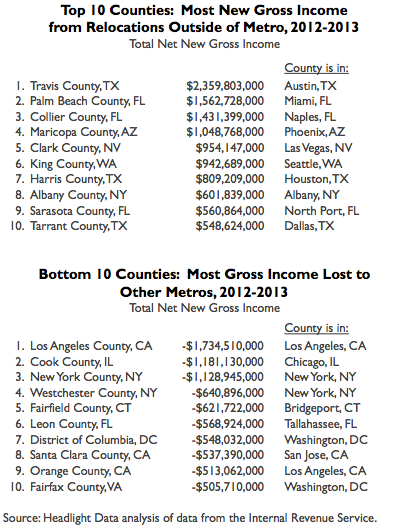 This map shows migration trends between counties from 2012-2013 based on IRS tax return data. ... Read more