New research shows that job growth in Hotel Accommodations in 2014 among the top 50 tourism-heavy counties in the US varied from a high of 6.8% growth in Davidson County, TN (Nashville) to -13.4% in Atlantic County, NJ (Atlantic City).  The Accommodation sector includes Traveller Accommodations (hotels and motels) as well as RV Parks and Rooming and Boarding Houses. 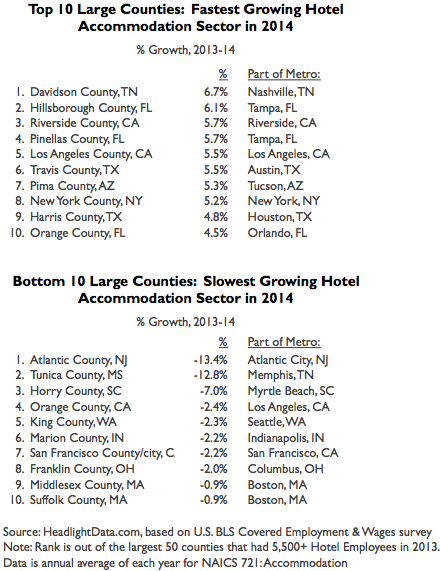 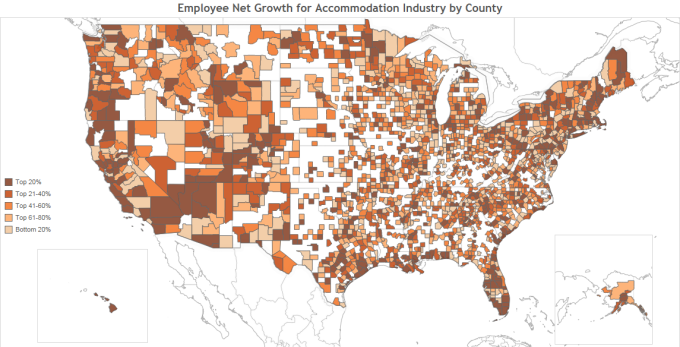 Note: Permission is granted to re-publish, reference, quote or link back to this content, including charts and tables, as long as Headlight Data is appropriately cited as the source.