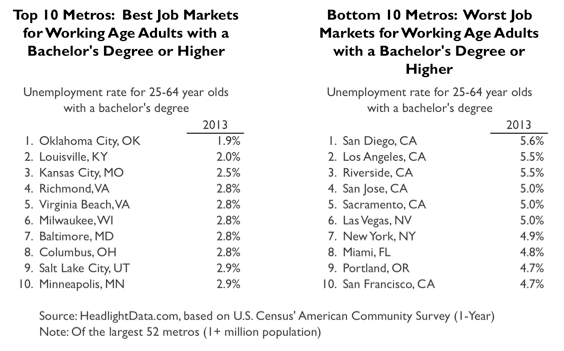 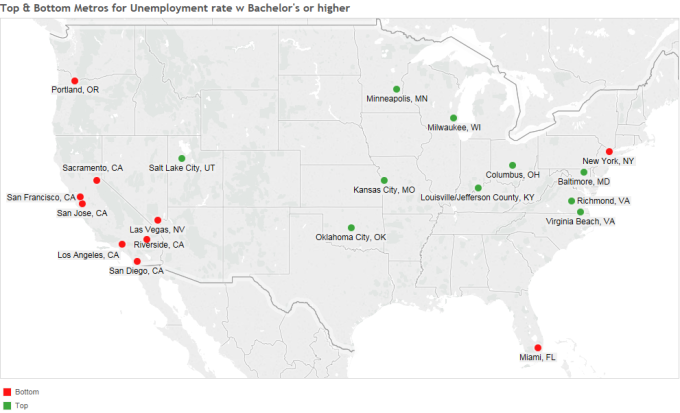 From 2009-2013, only 7 of 52 metros saw their job market worsen for college graduates, led by Hartford, Memphis and San Diego. Some of this effect can be due to labor returning to the labor force (looking for work) after dropping out of the job market during the recession. 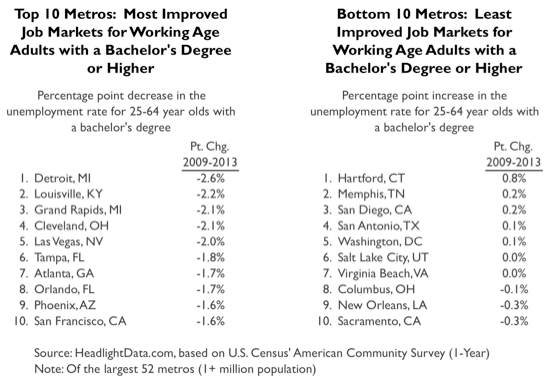 Download the complete dataset for all metros and all years back to 2009.

BEST AND WORST JOB MARKETS FOR WOMEN: Unemployment rates are lower for women than men in 8 of 52 large metros, led by Oklahoma City, Nashville, and Austin