Recently released data show that Construction job growth in 2014 among large counties (1+ million pop.) in the US varied from a high of 11.5% growth in Riverside County CA to a declining -4% in Fairfax County VA (DC).

Out of the large 43 counties, four counties in the Top 10 were in Florida:  Miami-Dade and Broward (Miami), Palm Beach, and Orange (Orlando). Two counties were in California: Riverside and San Bernardino (both in Riverside metro).  Remaining counties were found in Las Vegas, Austin, Seattle, and New York City metros. 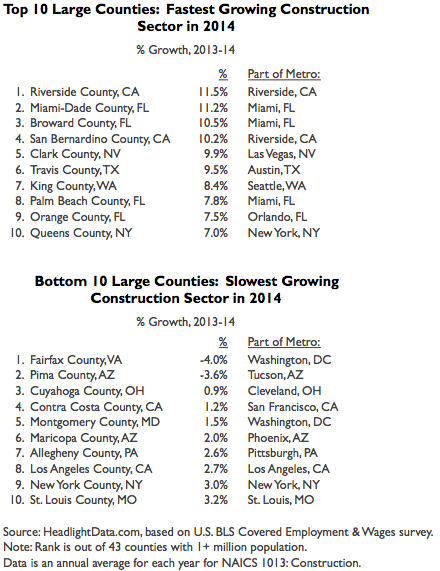 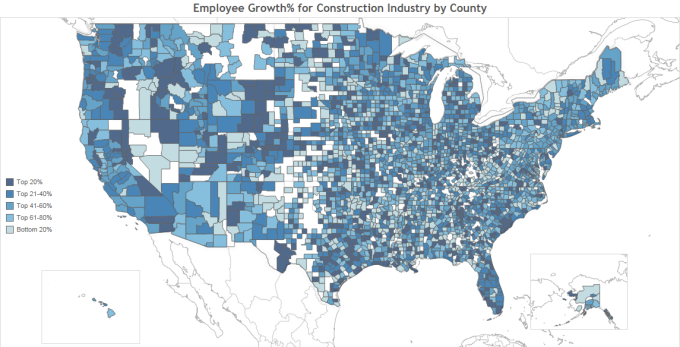 New research shows that job growth in Hotel Accommodations in 2014 among the top 50 ... Read more